Sup, blog. I’ve been meaning to post for a while but my schedule has been incredibly hectic the last few weeks. I haven’t gotten any sit around and do nothing days in a few weeks, and I feel really exhausted all the time. This is actually pretty welcome considering that a few months ago I was just sitting around waiting for time to pass, but I digress.

Let’s start with the most exciting news. My fiance and I put an offer in on a house, and it was accepted! We have the inspection tomorrow, which I hope goes well. The first house we really liked had way too many very very expensive problems so we had to back out, so I’m really hoping that doesn’t happen again. House buying is really stressful and is definitely a hurry up and wait situation, but soon it will all be done and we will have an adorable home of our own. We went and looked at this particular house on Saturday and pretty much fell in love with it. We’ve been looking for a really long time and I’m ready for this house hunting business to be over and done.

Other than that, I’ve been keeping myself pretty busy with hot yoga, cooking, and hanging out with friends. Let’s take a look at some of the shit I’ve made over the past week. I didn’t take a picture of everything because I am terrible. Sorry.

First, we have baked oatmeal. Now this has a little backstory to it. When I was in college, I basically lived off baked oatmeal for breakfast. It was something I could whip up when I had time and eat throughout the week. I decided to make us some now that the fiance is waking up (sort of) in time for breakfast, so into the kitchen I went. However, instead of my normal rolled oats, I found steel cut oats. Okay, whatever it’ll work. So I eye balled all the ingredients and into the oven it went.

You may know where this is going. You see, steel cut oats are special. They take WAY FUCKING LONGER to cook and require A FUCK TON of liquid. Both things I did not take into account. So the baked oatmeal pictured below is seriously crunchy and under done. After eating a bowl of crunch and trying to convince myself it wasn’t that bad, I put it back into the oven with more milk and it came out better the second time around, although not really loafy like I wanted. This is obviously a recipe of my own design, but if you’re looking to enter the world of baked oatmeal, and by God you should, I love this Budget Bytes recipe. 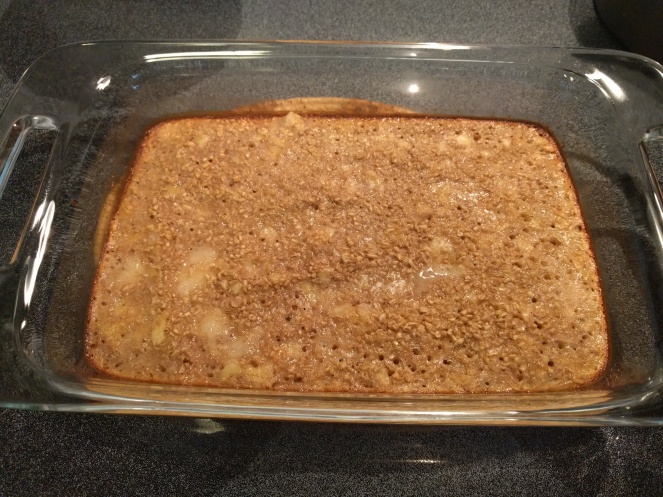 Next, we have a recipe I actually found on Pinterest. Usually, I go to Pinterest to get ideas for things I could make. What I end up making is usually way different than the recipe I found, but it serves as inspiration. I kind of followed this one, and it turned out pretty good. I think I’ll add more seasoning next time, but it wasn’t too bad. My fiance helped me make it, and I think he deserves some credit for it turning out as well as it did.

With the foil chicken, I made one of my favorite recipes of all time, which is parmesan orzo. I think orzo is a fantastic little pasta and my fiance had never tried it, so we made this batch. It was pretty delicious. I found this similar recipe, but I also add spinach to mine.

Budget Bytes is without a doubt my favorite food blog. If you couldn’t tell yourself, I’m telling you now. Her recipes are absolutely amazing and dirt cheap. I had ingredients left over from our orzo, so I made some of her amazing One Pot Creamy Sun Dried Tomato Pasta. I followed this one to the letter, adding some spinach and red pepper flakes. It turned out amazing and didn’t last long! 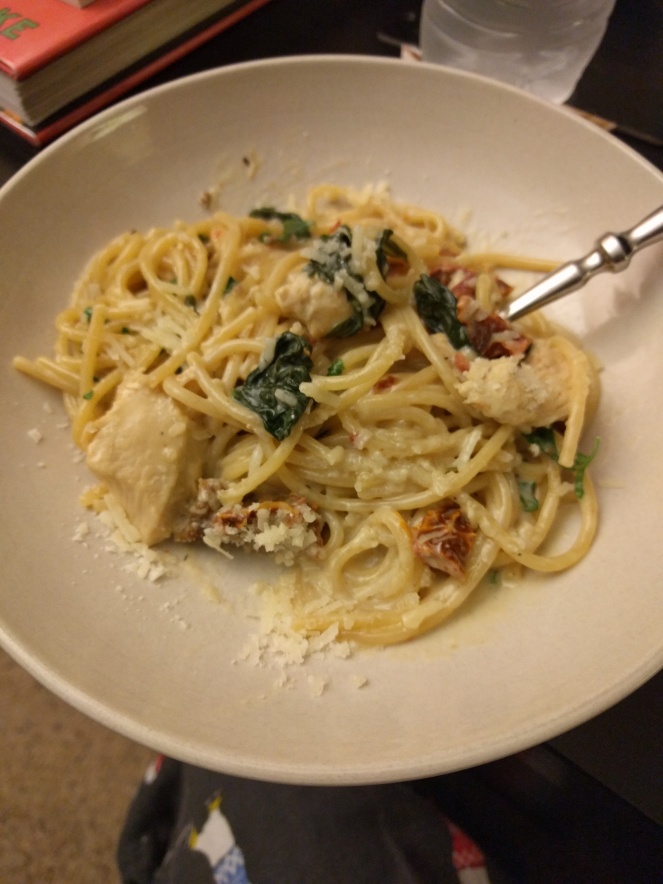 Anyway, that’s what I’ve been up to. Not much reading, but plenty of cooking. Today I made some crockpot chicken chili because it’s been really cold here lately and I wanted something thick and warm. I’ll have to get a picture when I heat some seconds up later and show you next week.

In the meantime, here’s king Tetra and me sporting my cat lady sweater. 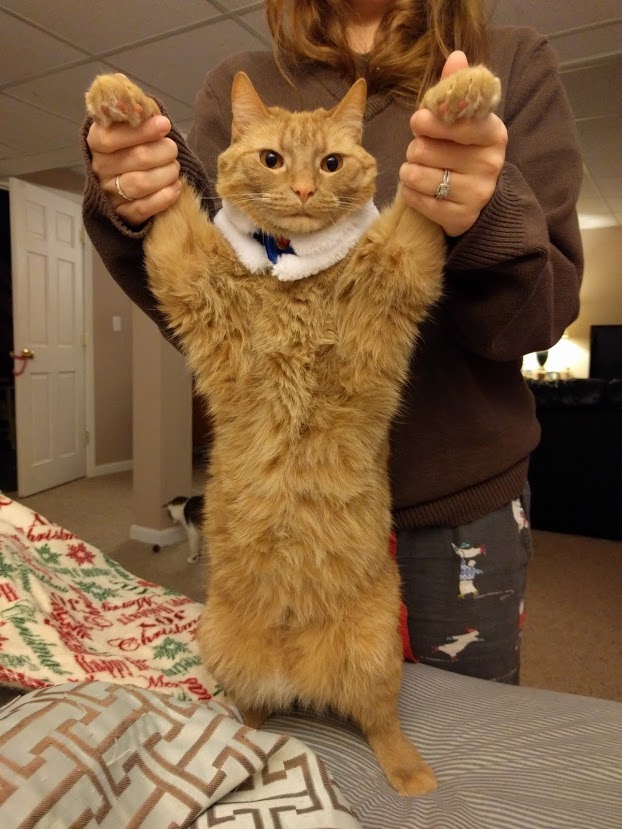 View all posts by Paper Cats